Keeping within the standard weight limits should be the prime desire of all of us. A healthy lifestyle with a balanced diet, regular exercises and sufficient rest will keep all of us healthy for as long as we want. It will minimize the obese prone diseases like heart problems, diabetes, strokes and other related diseases. In unfortunate circumstances where one had put on excessive weight after difficult pregnancies, certain hereditary diseases, lack of dietary control and slacking exercises physical removal of fat cell mass by liposuction can be considered. Sometimes the excess skin may also require to be removed at the same time like tummy tuck.

However it must be stressed that after this strict dietary control combined with regular exercises and healthy lifestyle must be follow to ensure that there is no re-occurrence.

Liposuction has become increasing popular as a cosmetic procedure to remove the excess fat that has accumulated in the body thus causing body contour distortions. It is also useful for contour sculpturing to enhance the body shape. However it must be stressed that liposuction should not be considered as the standard to help reduce body weight by removing the excess accumulated fat. It must be combined with a good lifestyle like diligent dietary control and regular exercises in order to maintain the good results achieved after liposuction. It should also not be viewed as “when the fat has re-accumulated I will go for another round of liposuction”. This is definitely a wrong perception as liposuction does carry a variety of risks with possible morbidity and occasional mortality.

There are many methods of liposuctions and the common ones are the conventional, vaser and waterjet liposuction. Others like laser lipolysis or external ultrasound-assisted liposuction are being done but have not achieved the popularity of conventional and Vaser liposuction. Liposuction had been reported way back in the late 1960s when surgeons in Europe used primitive curettage techniques to remove the fat. It had resulted in unpredictable consequences and significant morbidity and excessive bleeding. In 1982 the French plastic surgeon, Dr. Yves-Gerard Illyouz started removal of the fat using blunt cannulas and high vacuum suction pressure after the infusion of fluid into the tissues. Following this, there were exponential interests in liposuction both
in Europe and also in the United States. In 1985 Klein and Lillis reported the “tumescent technique” using an infusion of fluid mixed with a local anesthetic to perform liposuction under intravenous
sedation instead of general anesthesia.

The conventional method is one that uses vacuum-powered liposuction. It can be a dry or wet method. In the wet method, the involved areas are first infused with a mixture of fluid – commonly normal saline mixed with a local anesthetic drug and another medicine to give some degree of vasoconstriction so that there is less bleeding. For the wet method if too much fluid with the medicine is infused it can lead to potential drug toxicity. If too much force is used it may cause excessive bleeding as a lot of the anchoring fibrous stands with the blood vessels are destroyed. It can result in hypovolemic shock if many anatomical areas are done in one procedure. It can lead to uneven skin contour. Pain and numbness is common in the post-operative period but this is often temporary. Initial postoperative weight gain is common from the infused fluid as well as the trauma of the surgery. Complications like skin infection and skin necrosis can happen when the liposuction is done too superficially. Other like fat embolism, thromboembolism, and organ perforations can occur and can be fatal.

Vaser liposuction uses the ultrasonic method to first emulsify or melt the fat prior to removal. The areas will be infused with the normal saline mixed with an anesthetic drug and a vasoconstrictor. Therefore the Vaser liposuction has the same problem of drug toxicity, fluid imbalance if too much of the infusion is given without precaution. The ultrasonic and heat energy produces can cause burns in the skin as well as in the tissues if the heated probe is placed in one area longer than the stipulated time. The forward and backward movements must be gentle as like playing the violin. Therefore if excess thrust is used it can definitely cause the perforation of vital structures like blood vessels, injury to the nerves, and worse of all perforation into the abdomen. With the very small probe energized by the ultrasonic vibration and heat produced it can inflict severe damage to the intestines or intestinal organs if an abdominal perforation does happen. However if properly used it is less

painful, will hardly cause any bleeding or bruising. The skin contour is smooth and even and recovery is faster. If the probe is positioned too near to the nerve it can induce injury and hence pain and numbness of that particular area. This procedure is longer compared to the conventional because there are 3 sequences – the infusion, emulsification and suction of the fat. Therefore to achieve a safe and satisfactory result the surgeon must be qualified, professionally trained, and well versed with the machine used. The surgeon must also and always pay attention to the details and safety
aspects of this method of liposuction.

Whatever the methods used the challenge of liposuction is to remove the correct amount of fat, ensure that there are minimal disturbances to the surrounding tissues such as blood vessels, nerves,
connective tissues, and vital organs. It must also not disturb the patient’s fluid balance and cause the least discomfort to the patient. Achieving consistent good results with safety should be the principal aim of the surgeon.

FOR MORE INFORMATION ABOUT 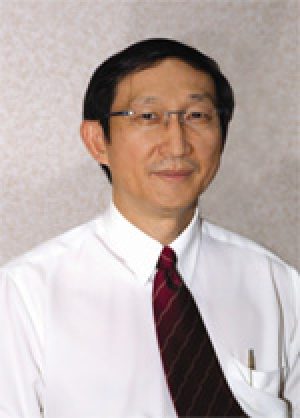